What is Drug Addiction? 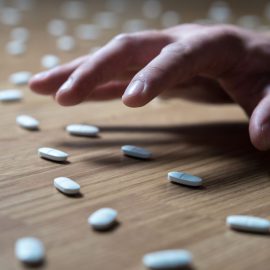 “What is drug addiction?” may seem like an obvious question, but it is an important one to ask. 40 million people over the age of twelve in the USA, or 1 in 7, have a substance misuse problem. A lack of awareness is one of the biggest barriers to people with addiction issues seeking treatment. A lot of misinformation has been spread over the years about drug addiction and who it affects. For a long time, it was thought that drug addiction was just evidence of a weak moral character and that addicts were free to stop any time they wanted. It was also thought to be something that only affected the poor and the homeless.

People do not fully understand addiction and, therefore, often fail to confront it properly in friends and family.

Since then our understanding of how drug addiction works has come a long way. Unfortunately, however, much of the misinformation persists in the minds of the public. People do not fully understand addiction and, therefore, often fail to confront it properly in friends and family. Addicts also often do not recognize addiction in themselves because of a lack of understanding. That’s why it is important that we all ask ourselves, what is it?

To answer the question “what is drug addiction?”, it is important to first unpack some misconceptions and learn what it is not. By exploring how drug addiction and drug addicts have been misunderstood, we can gain a clearer understanding of the realities of drug addiction.

The first time someone uses an addictive substance may be voluntary. However, once the drug causes dependency in the brain their behavior is driven by their addiction. At that point, usage is no longer a choice but a compulsion.

2. SOMETHING THAT ONLY AFFECTS PEOPLE WITHOUT SUPPORT

There is evidence to show that a lack of social or family support is a contributing factor to drug addiction. However, plenty of people with healthy social and family lives succumb to addiction. The important distinction is that those with strong support networks are much more likely to get the help they need.

3. SOMETHING THAT ONLY HAPPENS FROM USING ILLEGAL DRUGS

Illegal drugs can be very addictive and are particularly dangerous because they may be mixed with other substances. However, alcohol is by far the most commonly misused addictive substance. 15.1 million adults aged 18 and over suffer from Alcohol Use Disorder (AUD). Prescription painkillers that are available from pharmacies are also responsible for the bulk of the current opioid crisis, with approximately 80 percent of people who use heroin first using a prescription opioid.

4. SOMETHING THAT CAN BE ‘CURED’

Addiction treatment can be highly effective and is essential for recovering from drug addiction. However, the patterns of chemical dependency in the brain cannot be permanently cured. Therefore, treatment is always an ongoing process.

5. SOMETHING THAT ONLY AFFECTS LOW-INCOME PEOPLE

Several specific substances are misused more commonly among low-income populations. For instance, people living below the poverty line are more than twice as likely to experience opioid misuse disorder. However, the reality of drug addiction is that it can affect anyone at any social level.

SO, WHAT IS DRUG ADDICTION?

The reality of drug addiction is that it is a chronic disease. Neurologists and addiction experts in several fields have come to define drug addiction or substance misuse disorder, as a mental health issue. Your brain chemistry does not force you to take drugs for the first time. That is a behavioral choice. but the behavior of addicts is. However, after prolonged exposure to a substance, your brain chemistry actually changes.

The reality of drug addiction is that it is a chronic disease.

Most drugs work by stimulating the reward system of the brain. The rewards system delivers dopamine to the brain to reinforce healthy behaviors like exercise, eating, and contact with loved ones. By stimulating the production of dopamine, addictive drugs rewire the brain to prioritize drug use over other activities. Therefore, once a person is addicted to a substance, their behavior is chemically determined, much like the behavior of someone with schizophrenia or depression. There is often a connection between existing mental health issues and addiction. In fact, in 2017, 8.5 million Americans suffered from a mental health disorder and a substance use disorder.

Much like most mental health issues, there is no cure for drug addiction. It is a ‘relapse’ disease. That means, even after abstaining for months or years, addicts are still susceptible to falling back into old usage patterns. This is what makes drug addiction a chronic disease. The pathways of addiction will remain in the brain once formed. That’s not to say that addiction is hopeless. Recovering addicts can live healthy, happy lives. However, their recovery is not over just because they reached a period of abstinence. Like all health and wellbeing, recovery is a journey that addicts have to stay committed to.

Addiciton is a complex problem that is much more than simply a choice that people make. It is a disorder with many societal, demographic, and economic factors that contribute to it. However, ultimately, substance dependency itself is a mental health issue. Much like other mental health issues, sufferers need to understand that there is nothing shameful in what they are going through and that getting help really can make a difference.Gratitude Lodge offers a beautiful and serene place in Southern California to help individuals recover from the devastating effects of drug addiction. Learn more about our services and our addiction treatment locations.