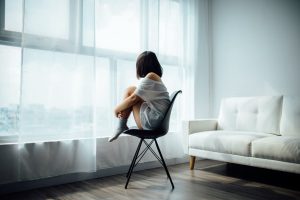 Valium (diazepam) is a powerful benzodiazepine with long-lasting effects that can easily lead to Valium addiction in the event of sustained use.

Addiction to Valium can progress rapidly if the drug is not used exactly as directed. Despite this, many people become addicted to this potent benzo without realizing a problem is developing.

Taking diazepam for more than 4 to 6 weeks – even with an accompanying prescription – will heighten your risk of developing an addiction to benzos.

If you are the person abusing Valium, you will experience an array of symptoms, whereas other people can observe the signs of Valium use.

Valium is typically prescribed for the treatment of:

Some of the most common side effects of Valium include:

The sustained abuse of Valium leads to tolerance and physical dependence forming. Chronic abuse of this substance often brings about addiction.

What Are the Symptoms of Valium Addiction?

To be diagnosed with substance use disorder, at least two of the eleven symptoms outlined in DSM-5 must present within a year. Substance abuse disorder and Valium addiction, then, involve more than just episodic drug abuse.

According to the number of the following symptoms present, diagnosis of substance use disorder can be mild, moderate, or severe.

The Side Effects of Valium Addiction

Most research into the side effects triggered by Valium concerns lawfully prescribed use, but the same effects manifest when Valium is misused or abused. These include:

If you use Valium long-term, you also run the risk of developing co-occurring disorders. As an example, Valium is routinely used to treat the symptoms of anxiety. Over time, your brain starts to rely on the substance to regulate stress levels. In the absence of the drug, this imbalance in the brain can trigger anxiety or depressive disorders not previously existent.

Long-term Valium abuse can cause damage to areas of the brain responsible for cognition and memory.

What can you do if you have been abusing benzos and you’ve decided it’s time to stop?

It is never advisable to suddenly stop using Valium without medical supervision. When Valium withdrawal unfolds, adverse withdrawal symptoms can include coma, seizures, and death.

A professionally-managed tapered reduction can help mitigate many of the uncomfortable symptoms of withdrawal, while almost minimizing complications.

The most common Valium withdrawal symptoms are:

The duration of detox and withdrawal from benzos like Valium will differ from person to person. Generally, the more Valium you take, the longer it will require to feel normal without the substance in your system.

In addition to medications to mitigate withdrawal symptoms and cravings, psychotherapy like CBT (cognitive behavioral therapy) can be effective for treating Valium addiction. A therapist will help you identify what triggers you to use Valium, and they will guide you to create superior healthy coping strategies rather than reaching for a pack of benzos.

Peer-support groups can also help many people grappling with a disorder like sedative use disorder after a prolonged period of Valium abuse.

Regardless of the level of treatment intensity that makes the best fit, you should find that a tapered reduction combined with medication-assisted treatment, psychotherapy, and counseling helps you leave Valium behind for good.

Call admissions today at 888-861-1658 for immediate assistance with Valium detox and rehab.

What are the Side Effects of Opana