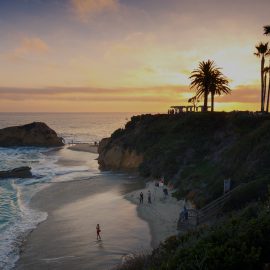 The nationwide opioid epidemic is prevalent in Long Beach and surrounding areas in Southern California. Opioid addiction is not the only substance abuse issue in Long Beach, and the addiction statistics mean that many in this area might not be getting the treatment they need. Due to the stress of the worldwide COVID-19 pandemic, rates of addiction have been on the rise.

THE OPIOID EPIDEMIC IN LONG BEACH

The Drug Enforcement Agency (DEA) has initiated “Operation Engage” to combat the top local drug threat of communities throughout the US. The Los Angeles Field Divison of the DEA has “identified fentanyl, a powerful synthetic opioid, as the area’s top drug threat.” Fentanyl is responsible for nearly half of the 3,200 overdose deaths in California during 2019.

Opioid addiction can start with a prescription medication that leads to dependence or misuse. The Centers for Disease Control and Prevention (CDC) warns that “serious risks are associated with [prescription opioid] use, and it is essential to carefully consider the risks of using prescription opioids alongside their benefits. These risks include misuse, opioid use disorder (addiction), overdoses, and death.”

While opioids present the most dangerous in terms of overdose deaths, residents of Long Beach and Southern California also struggle with other addictions. While not all addictions have deadly consequences, they can severely impact your ability to live a high quality of life and can significantly affect your overall health and wellbeing.

Alcohol remains one of the most used substances in the United States. The National Institute of Alcohol Abuse and Alcoholism (NIAAA) shares that “[a]ccording to the 2019 National Survey on Drug Use and Health (NSDUH), 85.6 percent of people ages 18 and older reported that they drank alcohol at some point in their lifetime.”

Data from the Los Angeles County Department of Public Health regarding marijuana use shows that:

METHAMPHETAMINE USE IN LA COUNTY

Methamphetamine statistics in LA County show an increase in use, according to the most current data available:

In February 2020, the City of Long Beach published a memorandum “on drug use, addiction, overdose, and death statistics in Long Beach over the past five years.” Some of the statistics include:

The City of Long Beach Department of Public Health and Human Services released a community health assessment in 2019, which shows some of the following addiction and substance abuse statistics:

OPIOID AND OTHER ADDICTION TREATMENT IN LONG BEACH

The addiction statistics and increasing opioid epidemic in the US have also impacted the residents of Long Beach and Los Angeles County. You or a loved one might be struggling with opioid misuse or other addictions, like alcohol or methamphetamine. Gratitude Lodge of Southern California is here to help you or your loved one overcome addiction and live the life you deserve. Call us or visit our admissions page to start your recovery journey today.