Is Drug Addiction a Disease? 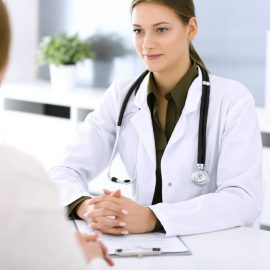 For most people entering recovery, or with a loved one entering recovery, it is uncharted territory. There are a lot of questions that come up. “Is drug addiction a disease?” is one of the most common ones. Most people do not have a clear understanding of what addiction is. This is concerning, considering that nearly half of all Americans have a family member or close friend who has been addicted to drugs.

For hundreds of years, addiction was thought to be caused purely by choices that addicts made themselves.

They were seen as weak or simply immoral. In recent years, however, science has offered a different understanding of addiction. One where addiction is seen as a disease of the brain, with biological routes. Now, some scientists and other addiction experts are even beginning to question that explanation.

So, if you feel confused about drug addiction, don’t worry. It is a complicated problem with a lot to understand. The important thing is that we allow ourselves to speak openly about it so that we can all be more aware of how to identify addiction and provide addicts with the help and support that they need. With that in mind, let’s take a look at the issue and find out.

IS DRUG ADDICTION A DISEASE?

Well, it’s complicated. The one thing that we do know for sure is that the majority of people still don’t see it that way. Most people see drug addiction as a character flaw. Only 22 percent of people surveyed said they would be willing to work with someone with addiction issues. However, research has proven, in a number of ways, that thinking about addicts as weak or amoral is hugely damaging. Both to their recovery and to our understanding of what causes and fuels drug addiction.

IS DRUG ADDICTION A DISEASE?

Most addictive drugs work by releasing dopamine, a powerful chemical that occurs naturally in our brains. Dopamine is supposed to reinforce good behavior, like eating or experiencing love. However, drugs allow addicts to get dopamine without working for it. Over time, this effect becomes weaker, causing addicts to need more of the drug to get the same effect. This is known as tolerance.

Most addictive drugs work by releasing dopamine, a powerful chemical that occurs naturally in our brains.

Using drugs for the first few times may have nothing to do with brain chemistry, but once you are addicted, your behavior is deeply affected by it.

The brain disease model explains addiction by looking at this relationship. Using drugs for the first few times may have nothing to do with brain chemistry, but once you are addicted, your behavior is deeply affected by it. Your brain is rewired by the repeated dopamine release, changing the brain on a physiological level. This means that addiction should be understood as a chronic disease, which cannot be cured and must be treated over time.

If it is a question of character or morality, then there may be no way to treat addiction. But if it is understood as a chronic disease of the brain, like any other mental illness, then it allows addicts to be treated with medications and therapies specific to their condition. It also removes some of the stigma around confronting addiction, which encourages addicts to seek help and get the treatment that they need.

DRUG ADDICTION IS NOT A DISEASE

The two main contenders are the learning model and the choice model. While they both criticize the complete accuracy of the brain disease model, it is important to understand that neither of them is calling for a return to addicts being seen as weak, morally bankrupt people. Both these models stem from the same observations:

The learning and choice models of addiction are very similar. In the learning model, addiction is learned behavior that is caused by a lack of alternatives. In a series of experiments, researchers found that rats with opportunities for exercise and other activities were significantly less likely to become addicted to opioids than those with no stimulation. This learned behavior also serves to rewire the brain, causing the chemical dependency upon which the brain disease model is based.

The choice model comes at the same thinking from a different direction. Evidence suggests that only around 10 percent of people who drink regularly become alcoholics. This is because work, family, and other pressures force them to make different choices over time.

THE LEARNING AND CHOICE MODELS:

SO, IS DRUG ADDICTION A DISEASE?

Addiction is complex, and addicts and users fall on a spectrum.

The most likely answer is that is is a combination of all three, and that each person will have a different relationship with addiction based on a number of factors. Addiction is complex, and addicts and users fall on a spectrum. Some people never become addicted, others battle their entire lives with relapses despite plenty of support from friends and family.

Don’t worry though. It’s a complicated issue for a reason. We should always be moving towards a more complete understanding of what addiction is and what causes it. However, understanding addiction can be simple. All the science continues to point to the same conclusion. Whether caused by physiology, environment, or both, addiction is best understood as a mental health issue.

Drug addiction is not a moral failing, it is not something to be ashamed of, and if you or a loved one is suffering from addiction, proper treatment has been proven time and time again to be the most effective way to combat it. At Gratitude Lodge, our integrated approach to drug rehab uses the standing that drug addiction is a disease and should be treated as such. Learn more about Gratitude Lodge at 800-994-2184